The Lasallian Foundation is recognised by the Australian Ministry of Foreign Affairs as an ‘approved organisation’ under the Overseas Aid Gift Deduction Scheme to deliver and manage overseas aid activities in developing counties.

Besides its normal focus on supporting projects in Pakistan and Papua New Guinea, the Lasallian Foundation will support its international Lasallian partners in the event of a humanitarian disaster for which funding requests are received by publicising the appeal among its partners and receiving funds on their behalf.

A recent example of such an appeal was received on 5 August 2020 following the explosion of a large amount of ammonium nitrate at the port of Beirut, Lebanon. The Lasallian Secretariat for Solidarity and Development based in Rome launched an emergency appeal for funds to rebuild or repair three badly damaged Lasallian schools in the vicinity of the port, and to support the basic needs of the families that were impoverished as a result of the explosion. 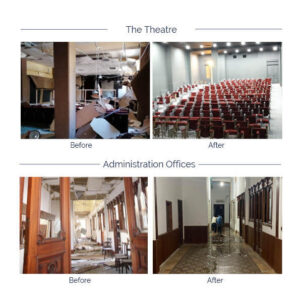