The Lasallian Foundation partners with various international organisations to carry out its mission of providing educational opportunities for poor and disadvantaged young people and supporting teachers to carry out their valuable work.

SECRETARIAT FOR SOLIDARITY AND DEVELOPMENT

The Lasallian Secretariat for Solidarity and Development is based in the Generalate of the De La Salle Brothers in Rome. The secretariat is the principal development and fundraising department of the De La Salle Brothers and provides capacity building, technical assistance, and financial support to Lasallian educational initiatives. The secretariat supports Lasallians engaged in the promotion of the rights of children and youth at risk of socio-educational exclusion, in 5 continents, through schools, learning centers, orphanages, youth facilities, social-health services and other programs which respond to specific needs, according to the local environment. In 2018, the Foundation distributed €6,852,982.71  to support 93 projects in 26 countries, reaching more than 70,000 people. The 2020 Annual Report of the Secretariat can be found here.

The Lasallian Foundation has submitted project proposals to the Secretariat when funding from Australian and New Zealand sources in unavailable or insufficient and engages in the delivery and reporting of such projects when funding is received.

La Salle International Foundation is a USA-based development organization which supports the global educational, health and human service network of the De La Salle Brothers. In critical times, La Salle International provides emergency support for humanitarian relief projects around the world. The La Salle Foundation partners with donors to fund educational opportunities in 80 different countries around the world. It sponsors formal classrooms, non-traditional experimental programs, and everything in-between. Building health clinics and child care facilities, the La Salle Foundation enables people to advance themselves, their families and their societies.

The La Salle International Foundation has facilitated requests for funding from the Lasallian Foundation for projects in Pakistan and Papua New Guinea. It has done this by contacting partner international funding organisations and arranging for funding to be made available.

The FSC Foundation was established by seven provinces of the De La Salle Christian Brothers in the United States together with Manhattan College (N.Y.). The ‘FSC’ in the title is of the foundation comes from the first three letters of the official title of the De La Salle Brothers – Fratres Scholarum Christianarum (the Brothers of the Christian Schools). The foundation distributes profits from Christian Brothers Investment Services (CBIS) to support and advance educational services for the poor, especially victims of systemic injustice .

In 2020, the FSC Foundation distributed $145,390 in small assistance grants to 54 recipients, one of which was the Breakfast Club program at La Salle Technical College – Hohola, Papua New Guinea. 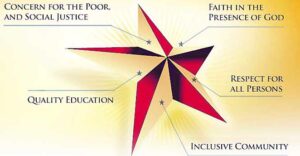 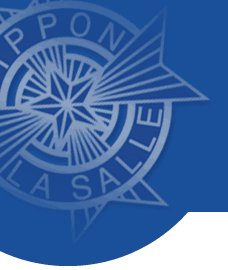 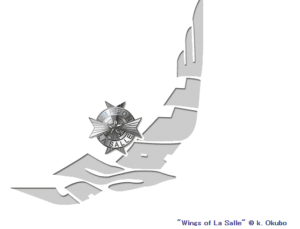 La Salle Kagoshima is located on the island of Kyoto in Japan. The College has an outstanding academic reputation throughout the country, usually ranking in the top 10 secondary schools.

La Salle Kagoshima contributed AUD 2940 to the Lasallian Foundation in 2021 for the East Sepik Remote Schools project administered by the PNG Lasallian Family Office. The grant was facilitated by La Salle Solidarity International in Rome.